N Korea: Science and Technology as the Path to Economic Progress, Introduction

North Korea is arguably the most sanctioned country on earth. U.S. sanctions against North Korea have been in place since the 1950s, and a series of UN resolutions in the past decade have forbidden, among others, the export of coal, iron, and seafood, and banned North Korea textile exports, crude oil, joint ventures, and North Korean nationals from working abroad in other countries. Why, then, hasn’t the country collapsed by now? 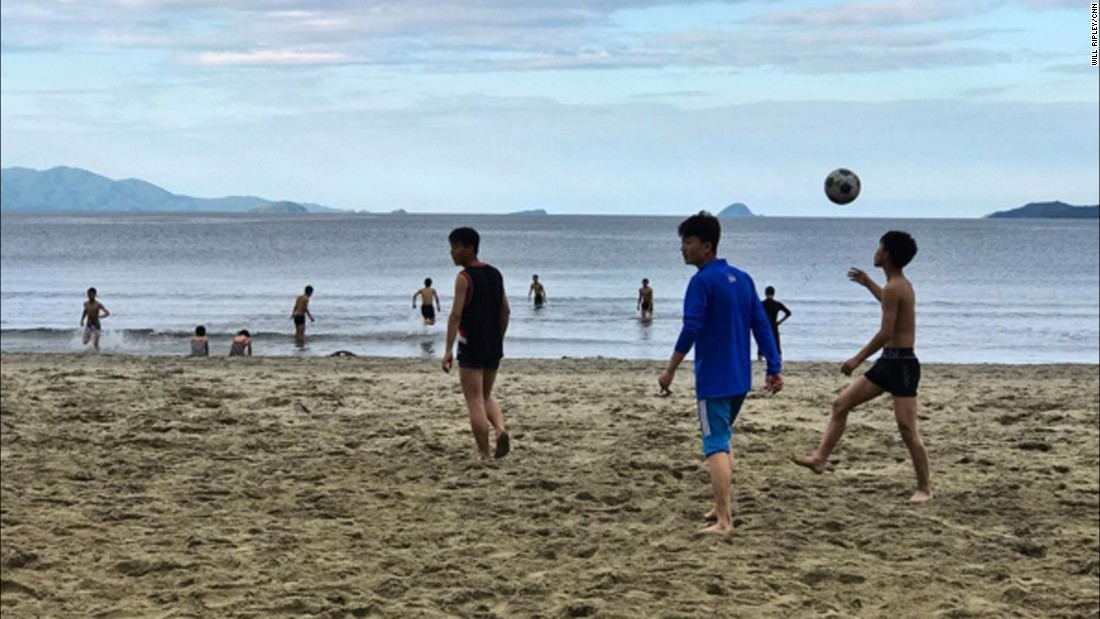 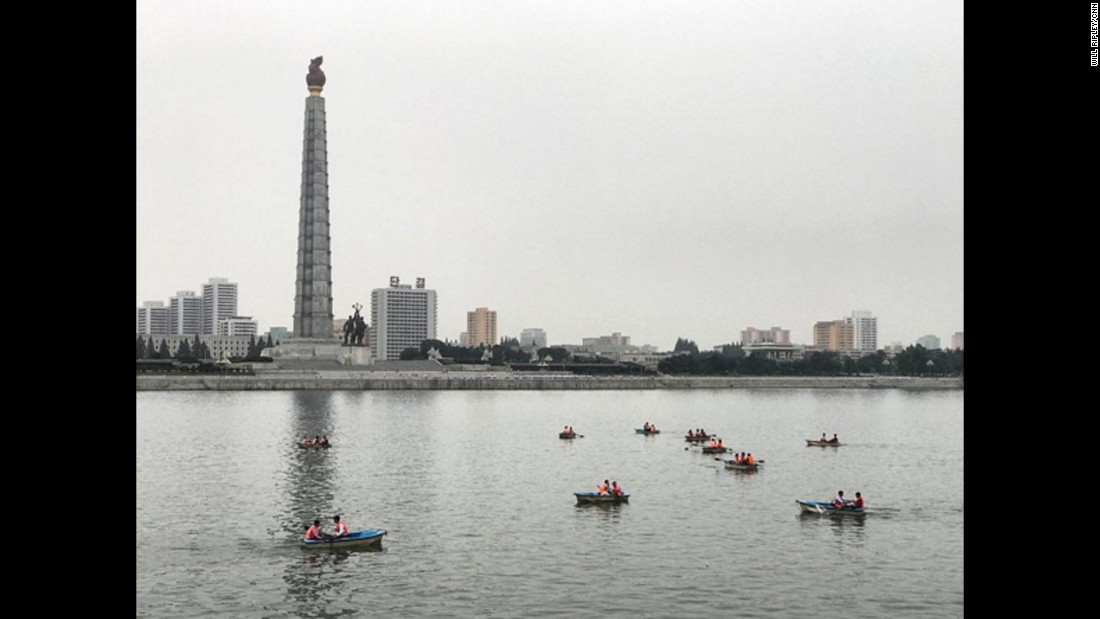 How is the country able to defy the labyrinth of international and U.S. sanctions to pursue its “Byungjin line,” the policy of pursuing parallel progress in nuclear deterrence and economic development?

Most pundits point to China as the answer. If only the United States can persuade China to honor the international sanctions, they gripe, then it can rein in the belligerent North Korea. But their logic assumes that China holds all the strings to North Korea’s economy and overlooks the ingenuity and sacrifices of the North Korean people in their struggle to construct an economic system that can withstand the sanctions.

Kim Soobok’s research on science and technology in North Korea–based on multiple trips to North Korea between 2012 and 2015 and interviews with North Korean scholars and experts–gives us a glimpse of the country’s recent economic development and the preeminence placed on science and technology in that process. Kim’s findings also gives us a perspective on North Korea that is impossible to glean from the corporate media’s one-dimensional portrayal of the country as an international pariah.

Kim presents his research in this four-part series. Part one discusses the period of severe economic hardship in North Korea in the 1990’s and 2000’s, commonly referred to by North Koreans as the “Arduous March,” and the importance the country placed on science and technology to rebuild its economy. Part two discusses North Korea’s innovative solution to its energy crisis and its two-decade struggle to irrigate its farmlands with substantially less electrical output than in the previous era. Part three discusses the country’s advances in the production of fertilizer and its direct correlation to progress in achieving food self-sufficiency. And part four discusses advances in hydroponics and the use of solar and geothermal energy to build collective greenhouses to achieve food self-sufficiency in every unit of society.

But first, a word about the author. Kim Soobok is a New Jersey resident and a long-time proponent of peaceful reunification of the Korean peninsula. His interest in North Korea’s science and technology began in 2009 when he was part of a study group on Korean history. He and several friends he met through the local chapter of the June 15 Committee for Peaceful Reunification got together at each others’ homes to get to know each other and re-learn Korean history. The first thing they read together was “Two Koreas, One Future,” a report published by the American Friends Service Committee in 1986 with chapters by historians Bruce Cumings and Jon Halliday. Kim remembers getting through the report, written in English–not their native language–as a laborious process as he and his friends looked up practically every other word in the English-Korean dictionary.

After a year of regular meetings, the group exhausted its reading list and couldn’t find new material to study. So they decided that each person should choose an area of interest and do his own research on the topic to present to the rest of the group. Kim knew what he wanted to study: North Korea’s food and energy crisis.

North Korea had just come out of the period known as the “Arduous March,” marked by mass food shortages, and many in the west had become familiar with images of starving North Koreans widely circulated on the internet. “At the time, videos of North Korean defectors’ testimonies were circulating on Youtube,” Kim explained. “They were talking about starving North Koreans eating human flesh and such. I didn’t believe these stories but didn’t know what was true.” So he decided to delve deeper and find out what North Korea was doing to feed its people and generate energy.

During WWII, the U.S. conglomerate Dupont invented nylon, a synthetic fabric made from petrochemicals. The U.S. military, which had found cotton parachutes too heavy and burdensome, found nylon ideal for making lightweight and durable parachutes. In 1944, Japan wanted the same and turned to Ri Sung-gi, a chemist who was working on developing synthetic fiber at Kyoto University. The Japanese government pressured Ri to speed up his research, but Ri intentionally sabotaged his own work, as a victory for colonial Japan would mean continued occupation of Korea, his homeland. Ri unwittingly confessed his dilemma to a disguised government agent and was subsequently arrested and imprisoned.

After Japan’s surrender and Korea’s liberation in 1945, Ri was released from prison and returned to Seoul where he headed the Seoul University chemistry department. Without sufficient support or resources from the U.S. Army Military Government, which ruled the southern half of Korea post-1945, however, Ri and his team spent most days idle. When the Korean War broke out in 1950, then-North Korean leader Kim Il-sung appealed to scientists in the south to work for the nationalist cause. In the midst of U.S. aerial bombings, many scientists including Ri, who had disagreed with the policies of the U.S. military government, voluntarily went north.

North Korea, eighty percent of which is mountainous, lacks large tracts of flatland conducive to growing cotton. Kim Il-sung, familiar with Ri’s work on synthetic fiber, set up an office for him right next to his own and charged him with the task of clothing the people. Finally with sufficient resources to continue his research, Ri pulled up his sleeves. North Korea had no petrol to produce nylon, but its mountains were a vast wellspring of coal and other minerals. Ri used anthracite and limestone to create vinalon, a type of synthetic fiber that North Koreans commonly call “Juche textile,” referring to the North Korean philosophy of self-reliance. In 1960, North Korea established the February 8 Vinalon complex, a commercial scale plant in Hamhung dedicated to mass production of vinalon.

“You can find videos about these places on the internet, but I learned so much more by actually being there in person and talking directly with the people,” Kim said. “Each day was so interesting that time flew. There weren’t enough hours in the day to see and learn everything I wanted.” Kim had never studied science, which he had always considered a specialized field reserved for experts. But in North Korea, he discovered, science is not something out of the reach of ordinary people, and he was surprised by how they applied simple scientific knowledge to improve their everyday lives. “If scientists were to go to North Korea, they would have so much to learn and do there,” he said. “I want to share what I saw there with people here to expand our understanding of the country.”

Due to Trump’s travel ban, Kim is no longer able to travel to North Korea. Last year, he had planned to attend the Rason International Trade Fair and the Pyongyang International Trade Fair in the fall and had wanted to learn more about North Korea’s “natural flow waterways” (which he discusses in depth in part one of this series). He had also planned to spend Chuseok, the national holiday celebrating the fall harvest, with the repatriated long-term political prisoners (who had been imprisoned in South Korea during the Syngman Rhee, Park Chung-hee, and Chun Doo-hwan dictatorships, then freed and repatriated to the north around the historic Kim Dae-jung-Kim Jong-il summit on June 15, 2000).

The latest round of Trump’s sanctions on North Korea has impeded Kim’s ability to study the country in other ways. Youtube accounts of educational videos on North Korea have been shut down. “Two years of video collection, gone overnight!” he said. He bemoaned the fact that he hadn’t had the foresight to save the files on his hard drive.

The findings Kim presents in this series are part of a work that was in progress when Trump’s travel ban forced him to put it indefinitely on hold. Albeit incomplete, his research, he hopes, can contribute to a better understanding of North Korea and its people.

Continued in Part 1: Science and Technology as the Path to Economic Progress

The U.S. Tightens its Grip on South Korea to Strengthen its Anti-China Alliance

What Washington wants is South Korea and Japan cooperating, and GSOMIA is seen as a stepping stone to drawing the two nations more deeply into an anti-China and anti-Russia alliance.

END_OF_DOCUMENT_TOKEN_TO_BE_REPLACED

As prospects for peace between North and South Korea loom closer than they have since the Korean War, the widening rift between South Korea and Japan has opened a door of opportunity for a new peace paradigm in the region.